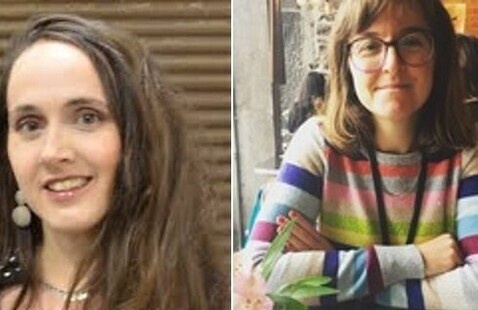 Over the last decade, Latin American feminists have built mass movements demanding the legalization of abortion and accountability for victims of femicide and sexual assault. In Argentina, the new feminist movement embodied the fusion of social movement organizations and established feminist spaces after the 2001 economic crisis. Argentina’s 2003 Encuentro Nacional de Mujeres (ENM or the National Women’s Gathering) proved a turning point. A pro-abortion Catholic women’s organization arrived at the ENM with green kerchiefs that have since become a regional symbol supporting abortion rights. The kerchief also acknowledges the legacy of the Mothers of the Plaza de Mayo. They wore embroidered kerchiefs with the names and dates of their children’s disappearance by the military dictatorship (1976-1983). Since then, the green kerchief has traveled across the continent, symbolizing the new feminist vision for the future. In Chile, the green wave was the culmination of experiences from human rights organizations and the student movement (2008-2013).

While abortion continues to be a divisive subject in a majority Catholic region, opposition to femicide and support for the #NiUnaMenos (Not One Woman Less) campaign has generated mass appeal even when accountability remains slow and contentious. In 2015, the #NiUnaMenos hashtag shook Argentina, making femicide a social issue discussed and debated in the mainstream. Three years later, a group of student feminists in Chile organized a toma (occupation) of university faculties, demanding gender equity, changes to the university curriculum, and accountability for abuse. The protests quickly evolved into mass street demonstrations and the first feminist general strike in Chile on March 8, 2019. That same year, the ENM in Argentina, to generate greater inclusivity, changed its name to the Plurinational Gathering of Women, Lesbians, Trans, Transvestites, and Non-Binaries.

Even though this trans-Andean feminist movement has remained aware that their movement is indebted and rooted in the mostly female-led human rights organizing during the military dictatorships in Chile (1973-1990) and Argentina (1975-1983), significant differences exist in how these movements intersect. This event features two academics whose works have highlighted the historical relationship between feminism and human rights: